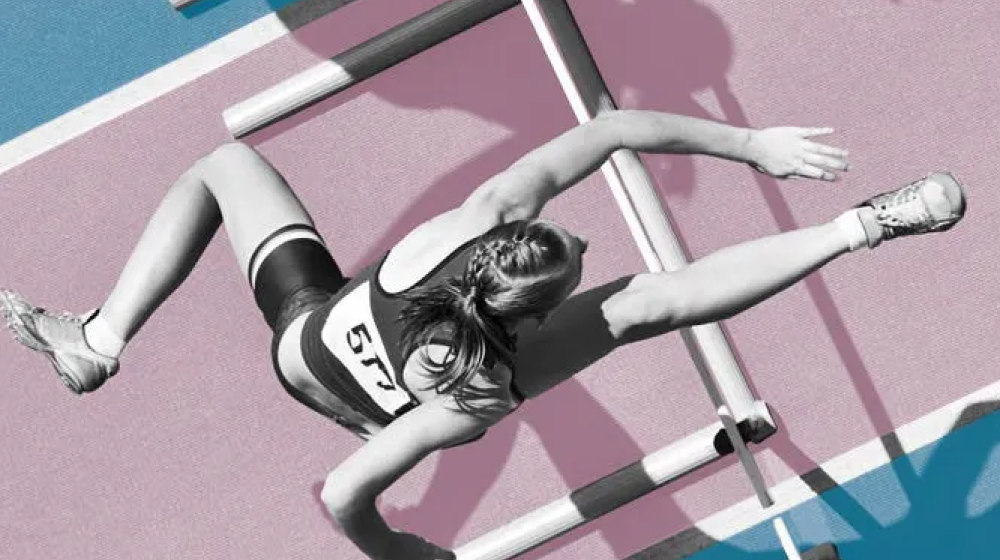 College Women Athletes Can Monetize Their NIL with NFTs

It's a hard fact that's been around for ages: In almost every role in sports, from league executives and coaches to players and even office staff, women are generally underrepresented. Just look at the numbers.

From an unprecedented 90+% of women participating as coaches in collegiate women's sports in 1974 to an all-time low of 40% today, the stats can be pretty discouraging. In a separate 2019 report by TIDES or The Institute for Diversity and Ethics in Sports, white men comprised 77.7% of chancellors and presidents, 76.2% of athletic directors, and 70% of conference commissioners.

The money trail logically reflects the same trend. Despite the inroads made by women's tennis in successfully negotiating some of the highest player salaries (an average of $280k per season), the disparity in paychecks between men and women continues to be appalling. A salary comparison of the highest-paid women players in 2010 compared to 2019 showed that monies remained virtually unchanged. Within the same period, male players enjoyed a surge in their paychecks. For instance, in 2019, Lionel Messi received more than 4x the salary of top-seeded tennis player Serena Williams ($127 million vs. $29.2 million in 2019). The same is true on average. For example, a typical salary for women in professional soccer is at $35k compared to the $400k payout to male players in the same sport.

The Dilemma of "Still Being in College"

As if being a woman in sports isn’t challenging enough, imagine the situation of those who aren't even in the major leagues yet. In the years prior to 2021, under the premise of protecting its players, the National Collegiate Athletic Association or NCAA prohibited its college athletes, both male and female, from profiting financially from their athletic prowess. The nonprofit organization believes that if college athletes monetized their name, image, and likeness (or NIL), this would demean the "dignity" of college sports as well as a host of other reasons. Since these college players are getting free education off their skills anyway, the NCAA doesn't see anything wrong with taking $1 billion in revenues every year from the efforts of these very same athletes. The latter will need to wait 3 to 4 more years before legitimately receiving compensation for their hard work and dedication.

The Dawning of a New Era in Collegiate Sports

It was a long time coming, but it finally did. On June 21, 2020, the U.S. Supreme Court struck the antitrust immunity defense of the NCAA. The highest court in the land ruled that athletes should be able to earn from their Name, Image, and Likeness.

Since that historic decision, the wheels of change went into motion at a frenetic pace. Fast forward to a year later, on July 1, 2021, and the NCAA's new NIL rules took effect. And how the college sports community responded! Just a few minutes after midnight, college athletes everywhere were already signing NIL deals.

A whole new world of economic opportunities opened up for student-athletes. Many brands and organizations could now get in touch with these college stars to negotiate athletic endorsement deals, brand sponsorships, and other lucrative arrangements. In addition, such states as Alabama, Florida, Georgia, Mississippi, New Mexico, and Texas have also enacted NIL laws that were also implemented in the same year. Although proposed federal policies have yet to make their mark on this revolutionary development, the forces of change are moving in the right direction.

Industry observers note that the new NIL rules of the NCAA may benefit more women than men, owing to the higher female marketability. It all boils down to that modern-day phenomenon: social media or socmed. According to Shopify, 84% of all influencers are women who tend to be more socmed-savvy than men.

The dominant feminine presence in the digital space can bring about positive changes. For instance, Paige Buecker, a college basketball hero for the UConn Huskies, uses her voice on the platform to increase media coverage for Black women.

Unfortunately, the same digital space that gives women the power to create a strong connection with their fans and allow them to develop a significant following operates under the pervasive rules of the traditional old boys' club. A case in point is the Cavinder sisters, American college basketball stars who have become socmed sensations. Sports media celebrates them as the first student-athletes to have signed an NIL deal (with Boost Mobile) after the U.S. Supreme Court ruling on NIL. Since then, they've acquired partnerships with various brands such as Six Star Nutrition and have even established their own streetwear clothing company.

As competent as they are in their chosen sport, their digital content doesn't seem to solely bank on their being star college athletes. Instead, the focus is on their looks. For instance, one Instagram post shows them in pouting form with perfectly angled poses showing off their curves as they hold cans of Six Star whey protein. Yet another YouTube video about nutrition features a thumbnail of the twins in bikinis. Sex sells, and don't marketing professionals know it.

This is a one-step-forward-two-steps-backward type of conundrum. While creating unparalleled revenue-generating opportunities for college sportswomen, the new NIL rules also help perpetuate the objectification of women, further belittling their substantial contributions to the field of sports.

This brings us to a serious question: Is there a way to profit from the untapped potential of women NIL deals without having to sell ludicrous stereotypical images? NFTs, the latest breakthrough in blockchain technology, may be just what women need to address this dilemma.

NFTs or non-fungible tokens are unique assets that live in a digital ledger called a blockchain.

An object that's non-fungible simply means that it cannot be replaced or exchanged with something that is exactly like it. This quality makes it one-of-a-kind, creating value in rarity.

These digital assets can encompass a wide range of digital items, from trading cards to photos and videos. For a woman student-athlete, this presents a wealth of easy NIL-monetizing options.

Firstly, female college players can become independent business proprietors. NFTs allow them to directly handle all aspects of their persona in marketplaces like Draftly, a sports NFT platform that aims to help college athletes exercise their NIL rights and profit from their commercialization. In such platforms, they can choose what sports NFTs to mint, when and who to sell these to, and how their digital assets are sold (whether via open auction or direct transactions).

This autonomy over the management of their NIL allows them to do away with the costly services of professional middlemen or agencies who used to bag athletic endorsement deals for them and make a ton of money on their backs.

At the same time, as their own bosses, college women athletes can choose to steer away from traditional testosterone-influenced selling styles, carve their own female-respecting and empowering marketing strategies, AND still make a decent buck.

Sports NFTs can also provide that precious window of opportunity for women student players  to optimize their NIL monetization and build a nest egg in anticipation of fewer opportunities to go pro after college. While women empowerment is slowly changing the narrative of women's sports as less exciting, less competitive, and less challenging than men's, "making hay while the sun shines" can be golden advice to college women athletes everywhere. To become successful towards this end, they would do well to partner with trustworthy and capable college sports NFT platforms, such as Draftly.

Draftly makes it incredibly easy for college women athletes to participate in NIL rule changes and gain exposure to the fast-growing sports NFT market. A community of entrepreneurs, athletes, and sports lovers, Draftly can give you the know-how, the skills, and the support of its learned Discord circles, so you can boost the commercial potential of your NIL with sports NFTs.

Join Draftly today and be well on your way to creative and financial freedom and autonomy.