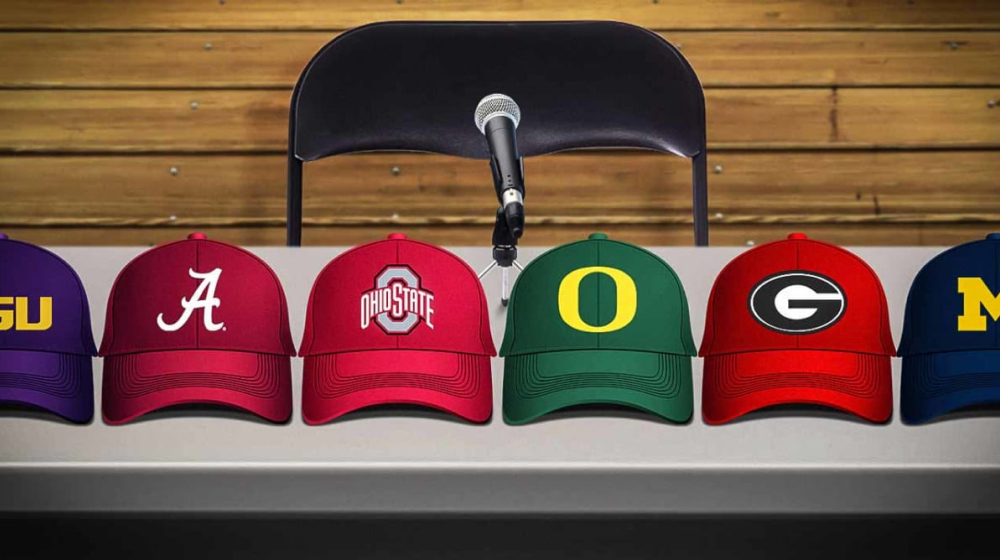 When College Football adopted an early signing period a few years ago, allowing High School Athletes to sign with colleges in December, it came with many positives. Student-Athletes who have already decided where they are going could formalize that agreement and end their recruitment. This would end the flood of calls, DMs, emails, letters, visits, etc., almost two months early. Additionally, it would be easier for student-athletes who want to enroll in school in January and get a jump on their Collegiate Career.

The question that always hung over early signing was what would happen if there was a coaching change. The assumption was the coaching carousel would keep its traditional timing with coaches being fired, retiring, or moving on after bowl season in early January. Student-Athletes who signed early at a school and changed coaches could be stuck with a coach/system that no longer fits them with no recourse. Inversely coaches would be accepting jobs with a recruiting class full of student-athletes they potentially weren't interested in or didn't fit their needs. Would schools potentially hang onto coaches for another year based on their recruiting class and the potential for mass transfers?

The answer came rather quickly, and no schools wouldn't hold over coaches longer and give them the benefit of the doubt. Instead, the leash became way, way shorter. A new trend quickly emerged, and coaches were fired in season and earlier. Thanksgiving firings became Halloween firings, leading to September firings, with Scott Frost being the latest casualty.

There are multiple benefits to letting your coach go earlier now. The main advantage is getting a jump on every other school that may be looking at hiring a coach in the future. Nebraska has its pick of coaches right now, at least ones not presently coaching, but it's safe to assume they may be reaching out to some of those. Earlier job openings would also go hand in hand with before hiring, allowing the new coach to hit the recruiting trail earlier, keep commitments he wants, and target new players simultaneously. The other trend we have seen is hiring the replacement coach before and not having him on the field coaching. Schools have left the rest of the season to the interim head coach and staff while having the new coach and any coaches he can bring focus on recruiting. This allows schools in many situations to have two football staff at one time, one working on recruiting and the other on field issues. Quickly a negative has turned into a positive. New Coaches have the opportunity for an actual recruiting class they brought in, and Prospective Student-Athletes know where they stand with the new staff.

Fans know this and make their voices heard earlier and louder now. If they don't see results, they want a change and want it now. How long till we see a coach fired after week 1?