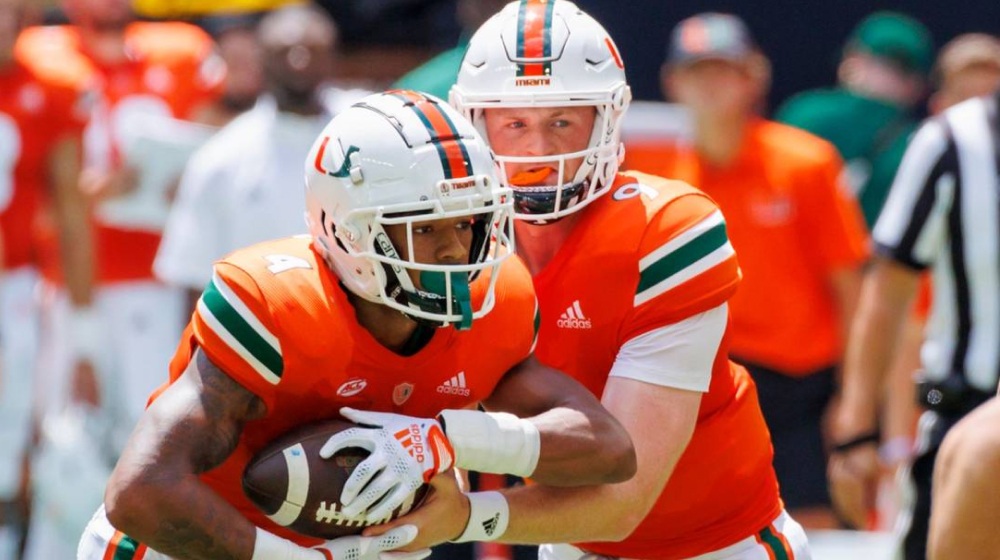 Through two games, Miami football fans have much to be excited about. With a 2-0 record and a #13 ranking in the AP and Coaches polls, the Hurricanes take on Top 25 opponent Texas A&M this Saturday. The Aggies are coming off a loss to Appalachian State at home in College Station and fell from #6 in the rankings to just inside the Top 25.

The Hurricanes have had a solid start to the season on both sides of the football. According to PFF, the Hurricanes rank 4th in the FBS in overall offensive grade (87.9) and 12th in overall defensive grade (86.0). The Canes have the highest receiving grade in the entire FBS and rank in the top 5 overall receiving and rushing grades in 2022. Couple that with a top 5 pass rushing unit, and the Hurricanes are poised to compete with the best teams in the country in 2022.

Below is a breakdown of the Hurricane's PFF grades and where they rank among all FBS programs through last week's games:

Some standouts for the Hurricanes include wide receiver Xavier Restrepo, whose 88.1 overall grade ranks 4th among all wide receivers in the FBS, and Ole Miss transfer Henry Parrish Jr., whose 85.2 overall grade is 3rd-highest among all running backs in the FBS. And while QB Tyler Van Dyke hasn't put up eye-popping numbers yet in 2022, he has completed 4 of 5 deep pass attempts so far this season, good for 141 pass yards and a TD.

On the defensive side of the ball, safety James Williams, a preseason All-American, has lived up to the hype in 2022, earning an 86.1 overall grade in 2022 (5th-highest among all safeties in FBS). Defensive end Akheem Mesidor, a transfer from West Virginia who missed last week's win over Southern Miss, generated three pressures and a sack on 14 pass rush snaps in Week 1 vs. Bethune Cookman and should return this week versus Texas A&M.

If the Hurricanes can get past Texas A&M this weekend, they host Middle Tennessee and North Carolina at home before traveling to Blacksburg to face Virginia Tech on October 15.