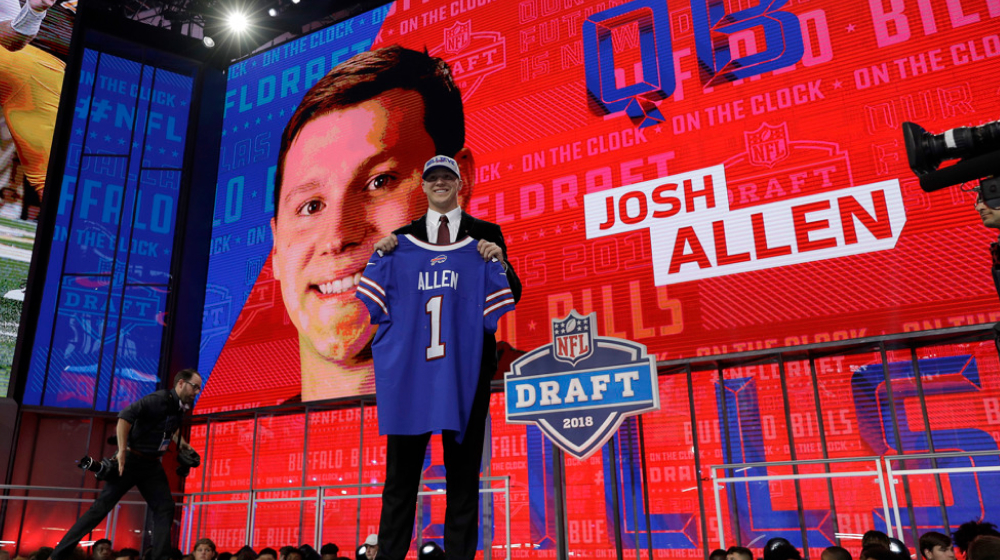 In my previous role at the NFL League Office in New York, one of my primary responsibilities was organizing and managing the NFL College Advisory Committee (CAC), a program that advises college football players on their projected draft status in the upcoming NFL Draft. The CAC is designed to provide these athletes, their families, and coaches an unbiased assessment of where the player stands in the eyes of the NFL and provides the player and his support system with important factors to consider when making the crucial decision of whether to declare for the NFL Draft or stay in school.

An evaluation from the CAC can be the deciding factor in an athlete’s future success. According to the most recent statistics provided by the NFL in their CAC Head Coach’s Guide, anywhere from 150-250 college football players request evaluations from the CAC each year. Colleges are encouraged only to send in the names of athletes seriously considering forgoing additional NCAA eligibility and require input from the CAC to help make their decision.

How does the CAC work? Who evaluates the athletes? What information is provided to the athletes? Let’s take a closer look at the NFL College Advisory Committee, who is involved, and its value to college athletes.

The NFL College Advisory Committee includes senior personnel executives from all 32 NFL teams and input from two of the most prominent scouting services in the country, BLESTO, and National Football Scouting. After a thorough video review involving 3+ full games, each NFL team will utilize different members of their staff to submit an evaluation for a player. Every year, each of the 32 NFL evaluates upwards of 25-30 college football players for the College Advisory Committee. At least four NFL scouting departments evaluate each college player who submits a request.

Every college football program in the country has access to an internal NFL scouting website and submits requests for evaluation through the website. Each request is reviewed by an NFL Player Personnel department employee to assure the player is eligible for an evaluation and has submitted all required information (actual height/weight, games to be evaluated, reason for requesting an evaluation). Schools may be limited to five total requests for a specific draft year, depending on the number of legitimate underclassmen prospects on their current roster and a handful of other factors. A select group of schools will be allotted more evaluations based on their previous draft history and the needs of the school.

Requests for evaluation are sent in waves to NFL teams from November to early January, and at least four NFL scouting departments evaluate each player. Each team submits a specific round grade for each player they evaluate, from 1st Round to Free Agent. For an athlete’s evaluation to be complete, it was necessary to establish a consensus among the NFL scouting departments regarding where the athlete projects in the upcoming NFL Draft.

For example, if a player received the following grades from four different NFL scouting departments, it was my responsibility to obtain more grades for the player to reach a consensus as to where he might be drafted, rather than take the average of the grades:

In this example, the CAC would not provide this player a 2nd Round grade based on the average grades but would obtain additional evaluations from at least two more NFL scouting departments to reach a consensus. A 2nd round grade would be a safe assumption in this case, but not if the next three evaluations were “1st Round,” “3rd Round,” or any other option, then the opinion of the CAC might change.

In recent years, the NFL has adjusted its stance regarding college football players declaring for the NFL Draft. The current grading system provides each athlete one of four evaluations, which are worded very intentionally by the NFL:

1. You have the potential to be drafted as high as the first Round.

2. You have the potential to be drafted as high as the second Round.

3. You have the potential to be drafted as high as the third Round; however, the Committee recommends that you remain a student-athlete, maturing as a potential professional prospect while continuing your education.

4. It would be best if you remained in school to develop further as a potential professional prospect while continuing your education.

These evaluations are not accompanied by any additional context (strengths, weaknesses, areas of improvement) and are solely based on demonstrated on-field football ability. In writing from the NFL, the evaluations are provided to each player and their college coach. An additional post-evaluation conversation is also available to any interested party to discuss the evaluation process and result in more detail.

The CAC prides itself on identifying the best players in each draft class and providing them with the most accurate information possible. As a player’s overall football ability drops below the top tier, or the player might be deficient in certain football areas, the evaluation from the CAC becomes less accurate.

According to the NFL’s official documents, 86% of players who have received a 1st- or 2nd-round evaluation from the CAC have been drafted in the first two rounds if they declare for the NFL Draft. To put it simply, if you receive a 1st- or 2nd-round grade from the NFL College Advisory Committee, it is very likely that you will be drafted in the first two rounds of the NFL Draft.

Matt Reinhart, Head of Partnerships at Draftly, managed the NFL College Advisory Committee from 2012-2018, advising thousands of college athletes on their decision on whether to declare for the NFL Draft or return to school to continue their college playing career.