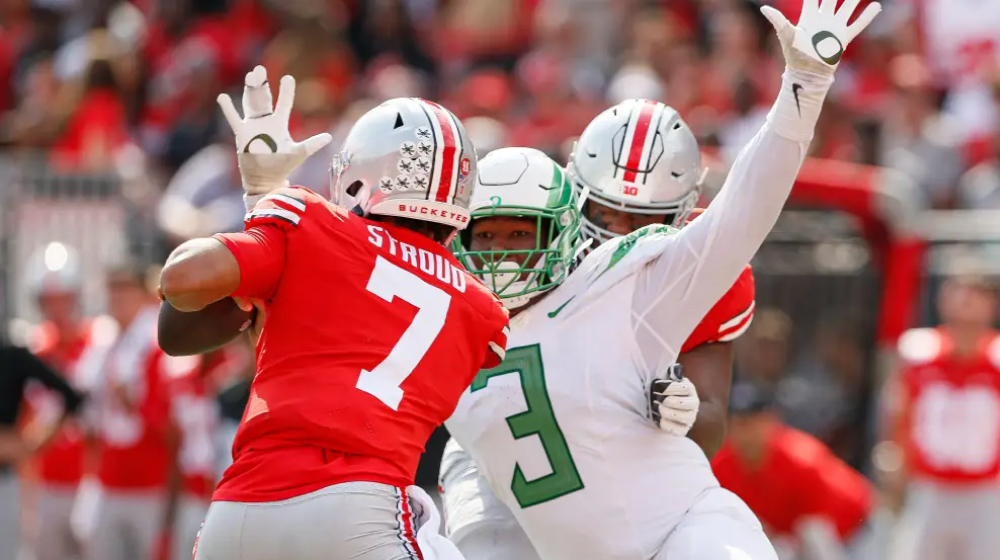 Off Field Changes in College Football

While the requirement to have divisions in your conference to host a championship game was the biggest news to come out of the spring NCAA meetings, several other potential off-the-field changes can significantly impact the game moving forward if adopted.  One such rule is the initial scholarship limit suspended for the next two years.  This will allow coaches more flexibility over how their roster is constructed.

Division 1 programs have 85 total scholarship players on their roster. However, they are only allowed to bring in 25 new players each year. In theory, that makes sense, and the math is straightforward, most players complete their eligibility in 4 years. Even with some additional attrition, you should have plenty of room to replenish your yearly roster. That is because if you signed the maximum number of players each year going into year four, you would already have 75 players on scholarship with room for just ten more. However, the transfer portal has changed the game and affected roster movements throughout College Football.

The initial counter limit was put in place because some schools went out and signed as many as possible during the signing period regardless of whether they had room for them. Inevitably during the time between signing and enrollment, issues would arise. A student-athlete wouldn't be accepted into a school, for example, so your class size would shrink, but schools would still be over their limit going into the season. How do you remedy those issues, often releasing student-athletes from their Letter of Intent before the season because you don't have room allowing them to sign with another school? While you can sign with another school, more than likely, every other school is at their scholarship limit and can't accommodate you, leaving you with very few options. Think about being that Student Athlete; you decided of your lifetime, hopefully after severe consideration and put your trust in a coach that offered you a scholarship and may have even signed you to one, and now you are told there is no room for you. This led to the various shirt colors that popped up; in addition to the well know red shirt; we got blue and gray shirts which were used to delay a student athletes enrollment to count them next year but often left the athletes on the hook for a semester of tuition or them not attending school for that time and with only the coached word there would be space for them next season, exactly how we got here.

So the initial counter limit was put in place, and it worked for a while; as we said, the math was simple enough, and schools could no longer over-commit scholarships. Then a few schools decided they needed transfers to bolster their roster and help them compete quicker. They would commit most of their initial counter space to transfer without considering the consequences. Now you have a situation where you have a senior class composed of student-athletes you signed four years ago out of high school along with a group you signed two years ago as transfer students, and now you lose 50 scholarship players. Going into your next recruiting year, you now only have 35 players on scholarship and can only add 25 more that year leaving you with 25 fewer scholarship players than every other program. Depending on how many players graduate or leave the following year, you quickly get into a situation where it is impossible to get back to a full complement of scholarship players.

Those situations were pretty rare before the transfer portal, and then the 1-time transfer exception came into existence and allowed student-athletes to transfer more quickly and didn't require them to sit a year at their new school. The situation above is a bit more common but has a particular buyer's beware condition, as coaches know the problem they are potentially putting themselves in. The new issue comes when there is a mass exodus of players via transfer, leaving schools with no way to replace them, this often happens when a school hires a new coach. A new coach may run a different style of offense or defense that players on the roster no longer fit into, spread vs. pr, 4-3 vs. 3-4, so they decide to transfer. When you add those transfers to graduating players, players leaving for the NFL, etc., getting your roster to full strength can become nearly impossible. Throw in roster exceptions and extended eligibility added during the Covid pandemic; roster maintenance is a full-time jigsaw puzzle.

Speaking with coaches over the last few years, and I've spoken with a lot, eliminating the initial counter limit was top of their list for rule changes, and it was nearly unanimous. They want the ability to manage their 85 scholarships as they see fit. They also agree they don't want to be put in a situation where they need to bring in 50 players in a year to fill their roster; they'd much rather keep bringing in around 20 players a year as they do now but want flexibility if it's needed.

This change has been discussed over the past few years.