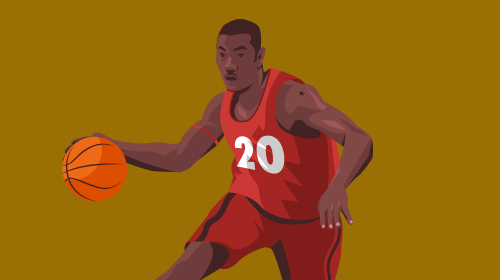 Why the Sudden Push for a National NIL Law?

It took less than a year, but we now have a full-blown Free Agency in College Sports. While many in the business are expressing their shock and dismay over the developments, most, saw this coming for years. It wasn't hard to miss; combine Student-Athletes finally having the ability to capitalize on their Name, Image, and Likeness and the newfound freedom to transfer without sitting a year. It was the perfect recipe for de facto Free Agency. It was shocking to see agents issuing threats of clients entering the transfer portal if they didn't receive more significant NIL deals and Student-Athletes (we may have to retire that term soon officially) announcing they've entered the portal to increase their NIL potential.

So naturally, there is pushback from Schools, Conferences, Coaches, and Administrators and a demand for more regulation - not from the NCAA, the Association they all belong to and control, but from the United States Congress. How did we get here, and why the push for a national law? Here are a few things to understand and remember.

The NCAA is not the almighty power and authority over college sports that you may think it is. In its simplest form, the NCAA is a collection of schools that have come together to regulate and run college sports. The rules of the Association dictate that all decisions, especially those related to its bylaws, be determined by the membership. Contrary to popular belief, there is no "man behind the curtain" in Indianapolis pulling the levers. The NCAA is a highly bureaucratic organization with committee upon committee, convention after convention, votes, and more votes. When I was hired at the NCAA, we had an orientation for all new hires with the executive team. I introduced myself and stated I was joining the NCAA from the NFL; President Emmert looked right at me and said, "I'm not Roger Goodell. I don't have his power," and it's true, for the most part. Only in limited circumstances has the President of the NCAA implemented something by edict, and those didn't go very well.

In October 2019, the NCAA Board of Governors directed the three divisions to create a NIL Policy by July 1, 2021, when the first state NIL law was enacted. July 1, 2021, came and went. There was no resolution, so an interim policy was announced with two main tenets: no recruiting inducements and no pay for play. A few not-so-secret secrets; everything a University does goes back to recruiting, new stadiums/facilities, hundreds of uniform combinations, NIL deals etc… it's all about recruiting the next class of athletes. Also, all these deals are "pay for play." Do you think your average 20-year-old college student is being offered thousands of dollars per tweet? There are now two very broad rules that are nearly impossible to enforce. And who do we blame when things don't go the way you want them to? The NCAA, of course, which leads to the biggest open secret out there, the NCAA is there to take the slings and arrows, be a lightning rod for criticism and lawsuits, and most importantly do what schools and conferences don't want to do themselves. If the conferences and schools are so concerned about what is happening in the NIL landscape they can get together and come up with rules for the entire Association or the individual conferences can set their own rules. The problem is the schools and conferences don't want to be left behind with a restrictive conference rule while the rest of the country is benefiting from their Student-Athletes getting big NIL deals.

I once had an AD tell me how the NCAA needed to do something about the number of off-field coaches there were in College Football, it was getting out of hand, and his Coach had hired dozens of off-field staffers. I politely responded that didn't the coach report to him, and the AD could set a budget or limit on the number of hires his coach had, to which he responded quite adamantly, "we need a rule!". The point of the rule would be for him to be able to go back to his coach and say we can only have so many off-field coaches cuz that @#$%&ing NCAA put this rule in place. For years we were told inside the NCAA that we don't legislate financial issues, but if you look at most of the bylaws there are financial reasons behind them.

When the Supreme Court takes away your shield via the Alston decision, you look for another scapegoat and you go for the biggest one out there - the United States Congress. Schools can't go to their biggest boosters and say," sorry we don't want you providing NIL deals for our Student-Athletes because we made a rule against it." But if the school can say, "sorry it's against the law now," that's another story. One would think and hope Congress has more important and pressing issues than Student Athletes' endorsement compensation, but that's another story. Even with a National NIL Law, many of the same issues exist, who enforces these laws, what are the punishments, do companies/individuals have a right to provide legal payments to Student-Athletes?

All this in under a year, where it goes next is anyone's guess.